The “big kids” of Silverman have had a productive first couple of weeks.  They are busy, busy, busy, learning and prepping for their next year as Kindergarteners.  With that said, they will be studying a letter of the week each week, and a country to accompany each letter.  The letter “A” was all about Australia, with a focus on Aborigines and dot art.  Letter “B” brought Brazil into the classroom, along with the Brazilian flag and carnival hats.  Next the children will be learning about “C” for China, and making Chinese lanterns, a panda puppet, and doing clay activities.  Followed in the next week by the letter, “D”, which is Denmark and the exploration of Lego’s, since Lego’s were invented in Denmark.

Specific skills the Pre-K children have been learning are writing, cutting, coloring, focusing, concentrating, participating in group activities, raising hands, and being self independant.  It will be amazing to see how much and how far the children will come in the next school year as Pre-K is such an important stepping stone to TK and Kinder.

Books the Kochavim group has enjoyed so far, include: “The Kissing Hand”, “Animal Planet Book”, “The Very Hungry Caterpillar”, “Who Took the Cookie From the Cookie Jar”, and “The Big Red Dog”.

Ms. Polina and Ms. Ana wanted to also thank all the parents who have contributed items from their wish list.  It is greatly appreciated.

Here are some photos from the last two weeks…. 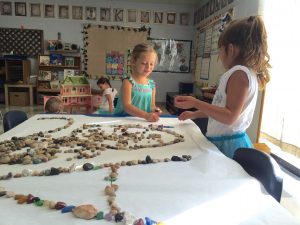 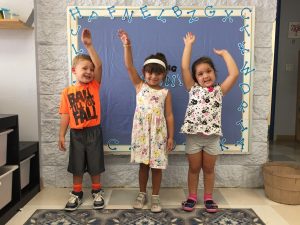 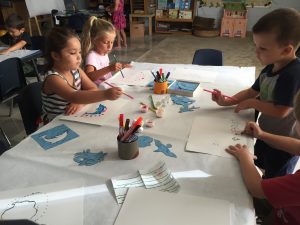 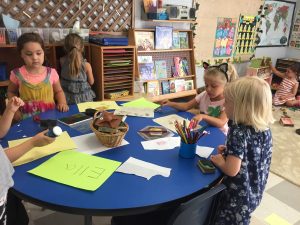