With spring in the air, our classroom got to explore the life of plants. We were curious about how do plants grow and what it takes for them to grow. We put pinto beans in a Ziploc bag and hung them outside of window before Passover break. Then we placed water (with watercolors) inside the bags to see if the colors would effect how the plants grew and if they would change colors. When we came back we were pleasantly surprised at how large they grew! We began comparing size and why did some grow bigger than others. Without that in mind we were able to discuss and investigate the different parts of plants.

This spring, we really wanted to focus on kindness and how we can make difference to those around us. We read the book, ‘Hug Time” by Patrick McDonnell. It’s a story about a little cat named Jules that goes an adventure to hug the world. Greeting different animals and plants, embracing the world one creature (or plant) at a time. The children were introduced to different animals such as: Pudus (the smallest deer in the world usually found in South America) and a Baobab tress.

We’ve been have more interest in spelling our names, so more writing opportunities have occurred. We spent part of March writing about whhere we would if we were butterflies. Here’s a few examples of what they wrote:

Parparim also spent some time focusing on talking about Vincent Van Gogh and we made our inspired painting from Starry Night. They were invited to explore the color palette from the activity as well as talk a little about him as a person. They were excited to share their own interpretations of of the painting. We also viewed some other work that he has done.

We have spent part of this time getting the children use to our felt boards that we have used to tell stories such as: Three little Pigs, Red Riding Hood, and Goldilocks. Now that we are familiar with how the felt boards work, we are letting them tell their own stories. We are trying to focus on them being able to communicate their own stories with the felt boards that they are comfortable with sharing with the friends and peers. It has been great to hear some the stories that they are sharing with each other, and a the same time they are learning new vocabulary when sharing their stories. 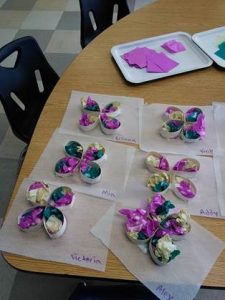 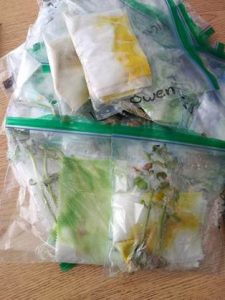 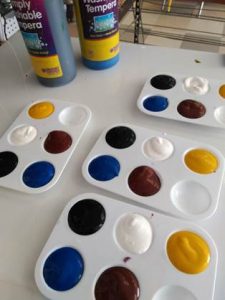 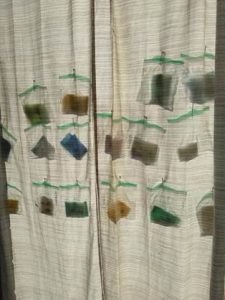